Summary and wrap up [TDI 7]

Let’s review for the final exam, shall we? 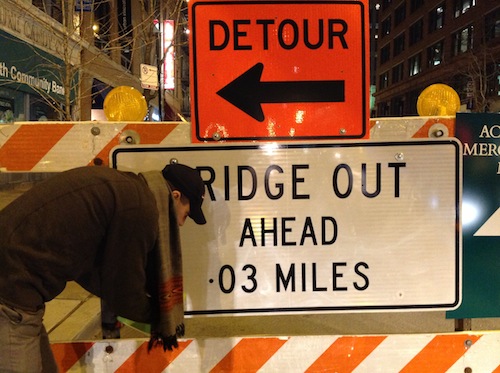 Is that decimal point in the right place? How can we know?

In this week, we considered the question, Should we treat decimals more like whole numbers or more like fractions? Associated with that question, we strived to make explicit the ways in which decimals are like whole numbers and the ways in which they are like fractions. We covered a surprising amount of ground on these questions.

Our consideration of money and decimals led us to think very, very hard about units. In the case of money, it seems that we reached consensus that the place value aspects of the American monetary notation system are subordinate in many people’s experience to the different units aspects. That is, we are more likely to think of $3.50 as three dollars and fifty cents—two different units—than as three and fifty one-hundredths dollars.

While both ideas are correct, this conceptual difference has fairly strong explanatory power. It helps us understand a lot of the errors we see in classrooms and in the larger world.

In this week, we explored experiences students have with cutting things into pieces, which is the real-world knowledge children can bring to classrooms when they study fractions and decimals.

Dozens of math teachers on the problem led to our documenting 6, 8 and 10 slice pizzas directly (where a slice is interpreted to be the result of complete and equal partitioning of a pizza). We have strong claims that other numbers of slices exist, but no photographic evidence.

We argued this week about whether moving to the right in the decimal place value system is really a simple extension of moving to the left. It seems assumptions are everything here. Maria and I brought differing assumptions to this question, and this led to some very interesting and spirited debate.

In week 6, we thought about the relationship between the ideas we had been working on and standards documents.

This brings us to week 7.

Your final exam consists of one question and one task. The question is this:

How can you show the world what you have learned these last several weeks?

The task is this:

And let me know what you do, OK? I need data for my funders.