Division and fractions with a third grader

I found some notes on a conversation I had with Griffin last fall. I do not remember the context for it.

Me: How do you know that’s right?

Here we see the role of cognitive load on mental computation. Griffin is splitting up 34 as 30 and 4 and finding pairs to add to each. Formally, he’s using the distributive property:

He wants to choose

But by the time he figures out that

, he loses track of the fact that

At least, I consider this to be the most likely explanation of his words.

My notes on the conversation only have (back and forth), which indicates that there was some follow-up discussion in which we located and fixed the error. The details are lost to history.

G: [long pause; much longer than for any of the first three tasks] 12.

Me: How do you know this?

Let’s pause for a moment.

Griffin has so far relied upon three interpretations of division: (1) A division statement is equivalent to a multiplication statement (the fact family interpretation, which is closely related to thinking of division as the inverse of multiplication), (2) Division tells how many groups of a particular size we can make (Ms. Starr’s class has 13 pairs of students—this is the quotative interpretation of division) and (3) Division tells us how many will be in each of a particular number of same-sized groups (Put 12 things into 1 group, and each group has 12 things).

This wasn’t a lesson on multiplication, so I wasn’t too worried about getting Griffin to reconcile these interpretations. Instead, I was curious which (if any) would survive being pushed further.

Me: OK. You know what a half dollar is, right?

Me: How many half dollars are in a dollar?

Me: How many half dollars are in 12 dollars?

Me: One more. How many quarters are in 12 dollars?

G: Oh no! [pause] Forty-eight. Because a quarter is half of a half and so there are twice as many of them as half dollars. 2 times 24=48.

As promised, more notebook pages on fraction division. This is based on the work I did a while back on trying to write authentic partitive division problems with fractional divisors. (As I wrote that last sentence, I reminded myself what a bizarre niche market I am trying to occupy on this here blog.)

I settled on situations involving fractional values of unit rates, such as the following.

of a lawn takes

of an hour, how much can I mow in one hour?

Before we begin, remember that if the problem were about 2 lawns in 3 hours, we would easily and naturally divide by 3. Only the numbers have changed, so the mathematical structure remains the same and we need to find

Click each image to see it full size. If you’re into this sort of thing. 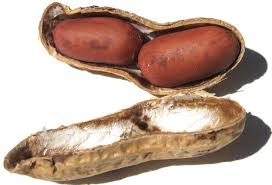