Things that come in pairs

I was doing the dishes one morning while Tabitha (who was four, nearly five) drew in the other room. She came in for help.

Tabitha: Where are the scissors?

Me: I don’t know. How many pairs of scissors do we have anyway? We have a lot, but we can never find them. Why is that?

T: I just need one pair of scissors.

Me: Isn’t it weird that scissors come in pairs?

Me: What else comes in pairs?

T: Eyes do. And glasses.

Me: Nice! Eyes. You know, it’s not just people who have eyes that come in pairs. Fish do, too.

Me: How many pairs of eyes are in our aquarium?

Me: So how many eyes is that?

[Griffin (who was seven years old) wandered in from the living room.]

Me: Griff, how many pairs of eyes are in our aquarium?

Me: So how many eyes is that?

Me: How did you know that so fast?

G: Seven plus seven is fourteen.

G: Yeah, but it’s the same answer either way.

If kids are going to understand place value, they’ll need to be able to think about different units. Sometimes a unit is a thing (an eye); sometimes a unit is a group (a pair of eyes). Giving them practice counting groups and individual things supports their mathematical development. Helping them notice that some things usually do come in groups supports it too.

Correcting Tabitha when she added 7 and 2 to get 9? That wasn’t nearly so important.

But you’d better believe I talked with Griffin later about things that are commutative.

Can a number be bigger than anything you can count?

It’s Talking Math with Your Kids week here on OMT.

We’ll get started with a favorite topic: large numbers.

My son Griffin was thinking about large numbers in the car the other day. He was trying to figure out what good it is to have a number (here, googolplex, which for the record is

) that is larger than anything you can count.

Griffin: If you put all the things [in the world] together, would that make googolplex?

G: Even if it’s nanoinches?

Me: Nope. Still not googolplex.

G: Even if it’s half-nanoinches?

G: Even if it’s all of the seconds of the world being alive?

G: Even if all the seconds of the universe existing?

I love the developing proportional reasoning embedded in Griffin’s questions.

For each example, he scales it up when his first try doesn’t do it.

Class today was an unholy mess.

You know that feeling you had as a kid on the playground? When you thought you were jumping from the first level and then remembered that you had actually started on the second? Or the first time you jumped off the swing and you realized only after doing so that your landing wouldn’t be like falling from the height of the swing, but like falling from quite a bit higher because you were headed UP when you left the swing?

I had that feeling in class today.

But you’re never gonna know how high you can jump from if you don’t go ahead and jump.

I wrote last week about my composed units assignment in the math for future elementary teachers course:

In this exercise, we had already dealt with two of three major components of the number concept, which are (with a shout out to Karen Fuson):

And we had already done other activities to deal with quantity, numeration and number language. But I wanted to bring the composed unit activity full circle by considering numeration.

So I returned to this example:

And I asked, How many eggs are there?

Then we could say that there is one group of eggs, and that there are no ungrouped eggs.

In that alternate world, we might write the number of eggs this way:

This means that we have 1 group, no leftovers and that the size of our groups is a dozen. We will agree to read this as “1 dozen”, not as “one-zero-base-dozen” although the latter may be necessary to facilitate communication later on, just it is sometimes necessary to spell out my last name…”de-eh-en-i-ee-el-ess-OH-en”. And we probably shouldn’t read it as “ten, base dozen” because we’ll get confused.

If we have two dozen, we write this:

Next, we’ll write an equation to show some different ways we can notate a dozen.

We talked about the conventions of notation. The little dozen on the 10 there indicates to us the size of the groups we are making in this particular numeration example. We call that the base. The middle part of the equation is a typical, well-formed English phrase, and we have added the little ten as a subscript on 12 in order to make clear the size of the groups we’re making. But that 12 on the right should feel like home-that’s how we write how many there are in our usual number system.

We did another example together. 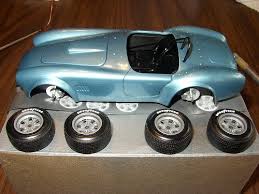 How many tires? Well, let’s call the group of tires a set. Then there are:

Then I turned them loose to consider what How many question to ask, and how we should notate it in a number system built especially for counting things according the composed unit in the picture.

Interesting examples to consider include the ones that were interesting the first time around:

Considering only the silver pack lying on the table, we have:

But there are 4 packs in a box. How should we notate that? Here are three possibilities for your consideration:

Each is justifiable, and we worked through the first two. That discussion took a lot of mental effort on everyone’s part. One student asked very apologetically, “This might be a question that doesn’t go anywhere, but writing one-zero-zero doesn’t seem right, because aren’t we making groups of 2, not of 4?”

So why might we want to make the third place worth four times the second place? Because that’s how Pop-Tarts come (according to the photograph). The original unit is a Pop-Tart. These are composed into packs of 2. These packs are composed into boxes of 4.

We tried one more thing…what if we write (for the sake of moving forward):

And then someone comes along, opens a pack and eats one Pop-Tart. How should we write how many remain?

Yup…I jumped off that swing today. Didn’t really have a solid plan for sticking the landing. But I learned an awful lot by scraping my elbow when I landed.

And my students made some lovely connections. After class, a student wanted to check his thinking on the gallon of milk. How many ounces are there? He wrote:

See a previous post for information on our alternate base system that led to the expression at the far right.

Why do we talk about “proper factors” but not “proper multiples”?

I had never thought about this before. A colleague and I are thinking about this. My colleague’s guess is that in number theory (the mathematical field that deals with this stuff), there are some things that are true of proper factors that are not true of the number itself, and that this is not a problem with multiples.

But I don’t really know for sure. I’ll find out.

How do they know irrational numbers never repeat?

What a lovely question. When you are told that “irrational numbers have decimal representations that never repeat,” it’s a good instinct to say, “That’s just because you haven’t looked hard enough.”

And the way we know they don’t repeat isn’t what you expect. You expect that mathematicians have looked, but not found patterns in the digits of irrational numbers, and that from this they conclude that the digits don’t repeat. You are correct in being suspicious of this argument.

But it’s not the one mathematicians use.

Instead, we know that all repeating (or terminating) decimals are rational. And we know that rational numbers have other properties (like that they can be simplified-or reduced-to a fraction with whole number numerator and denominator). And then we know that a number such as pi or the square root of 2 cannot be reduced to a fraction with whole number numerator and denominator. Therefore pi and the square root of 2 must have decimals that don’t repeat (or terminate…because if they did, they would be rational, which would mean they could be reduced which they cannot).

This is common in mathematics-knowing that something is true in a roundabout way.