This one is from the deep, deep archives.

When Griffin was five years old, he drew the picture below. 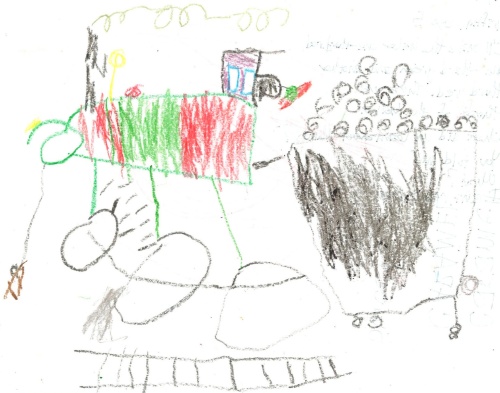 Me: Where did you learn about thirds?

Griffin seems to have absorbed a part-whole model for thirds that roughly matches how young children often think of halves.

Compare to his performance two years later. In that later conversation, Griffin was struggling to think about one-fourth of two. This pretty much matches a major argument in the book Extending Children’s Mathematics by a subset of the CGI research team. Their claim is that a part-whole fraction model is not very useful as the beginning place for thinking about fractions; that instead the extension of sharing division to complete and equal sharing involving remainders is a more natural place for beginning fraction instruction. See also Tootsie Rolls.